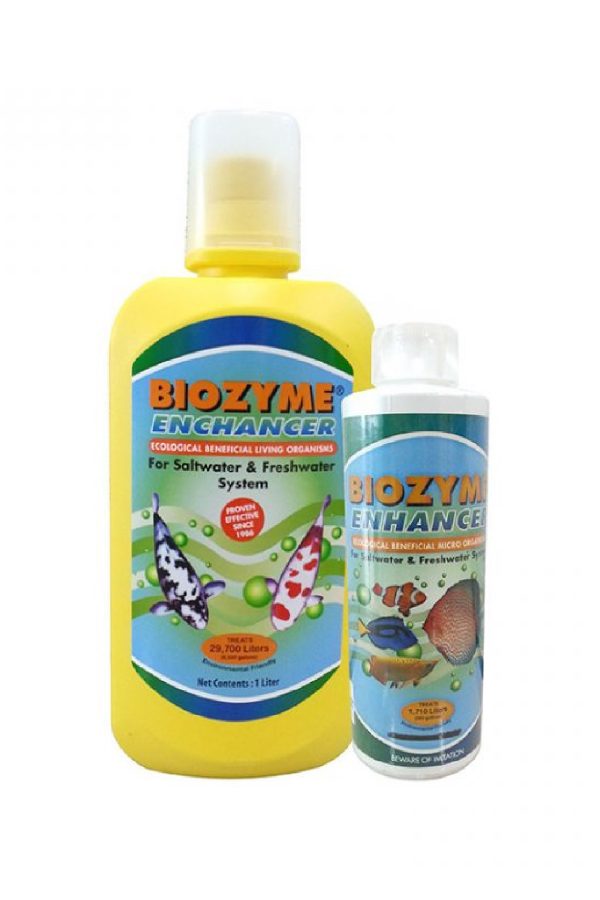 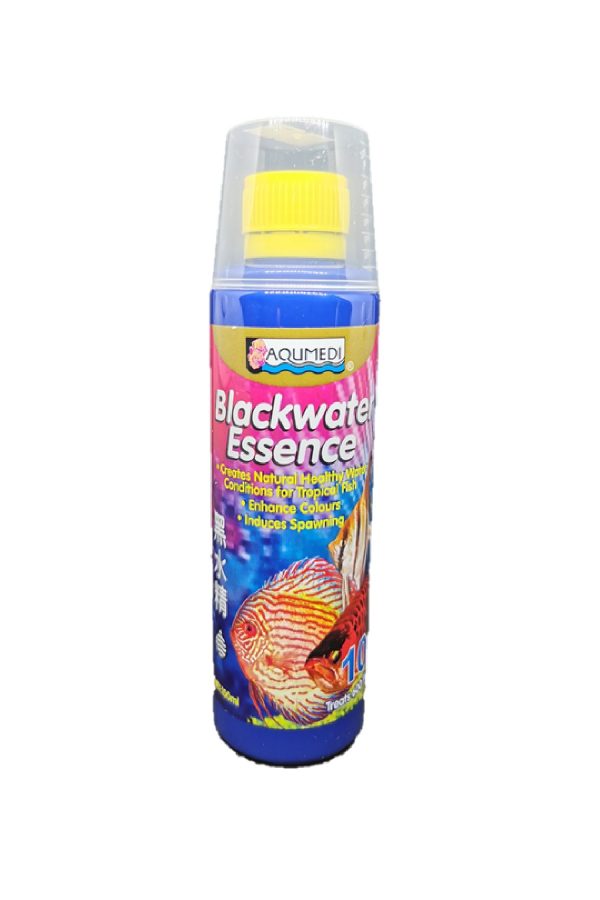 Creates crystal clear & unpolluted water for freshwater aquarium. It will separate colonial particles suspended organical materials from the water when filters are not effective. the particles are so small that filters cannot retain them. By using Clean & clear 800, larger particles are formed which can either be filtered off or will settle on the bottom of the aquarium. Result in clear and unpolluted water. Harmless to fishes and plants.

Be the first to review “AQUMEDI Clean & Clear 800” Cancel reply 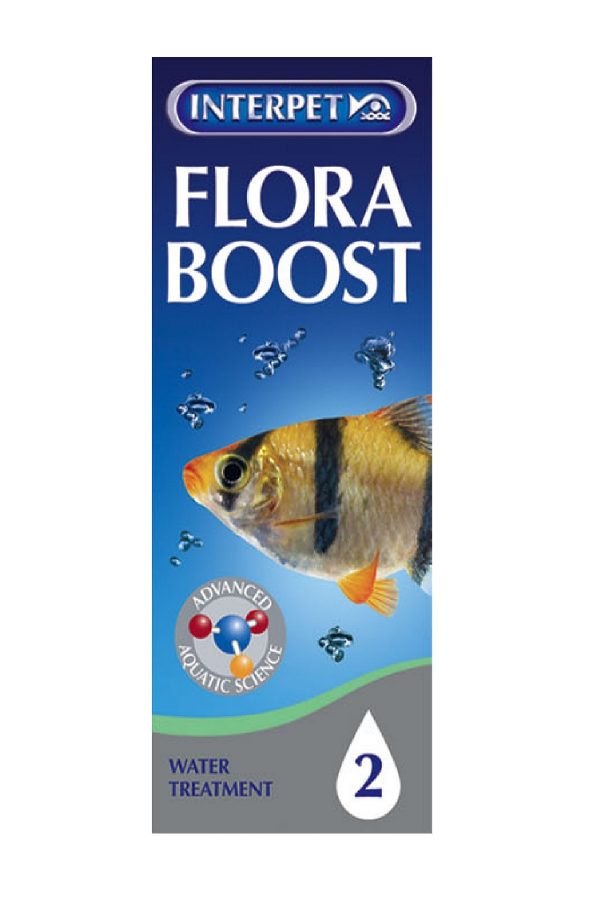 For a thriving aquarium, it's important to ensure your plants are well-fed. Often a bit neglected, aquarium plants are often unable to find the nutrients they need in an artifical aquarium environment. Flora Boost is especially formulated without nitrates and phosphates to supply the correct balance of trace elements. It ensures optimum plant growth without stimulating algae growth. Use this wonderfood once a week to stimulate plant growth, to condition water for plants in new aquariums, when plant leaves show signs of yellowing, when plants are dying or disintegrating or when existing plant food is stimulating algae growth. Flora Boost will not permanently discolour the water. Be sure to follow pack instructions and use the dosage table and pipette or measuring cup provided to treat your aquarium water.
Add to wishlist
Add to cart
Quick view 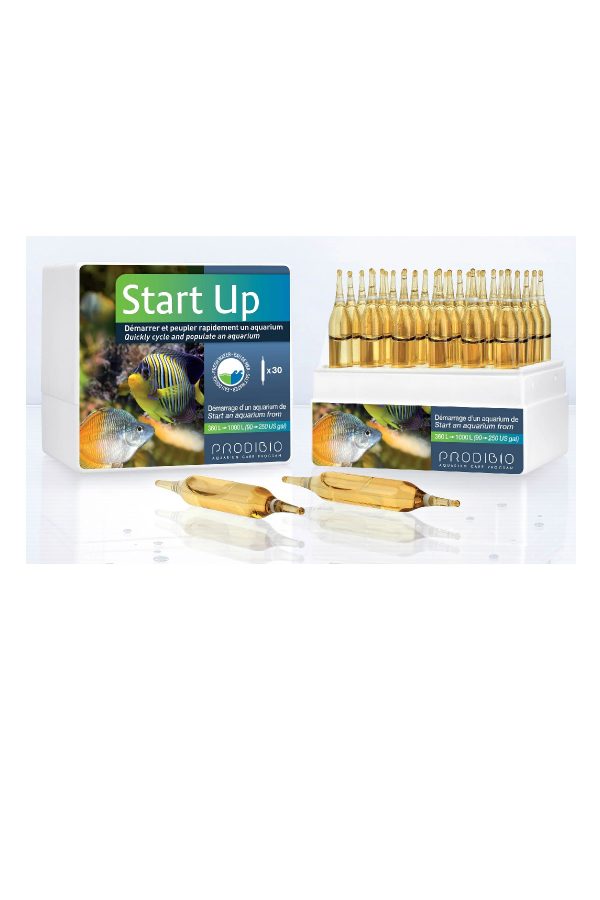 $55.50
Start Up brings together Biodigest Start and Stop Ammo Start enabling you to quickly start up and populate a freshwater or marine water tank. START UP combines STOP AMMO START and BIODIGEST START in the same pack. The pack enables you to quickly get biological filtration underway and to introduce the first fish within a few hours. START UP enables you to quickly introduce 1/3 of your toughest fish into your new aquarium (after four hours for freshwater tanks and 12 hours for marine water tanks).
Add to wishlist
Add to cart
Quick view 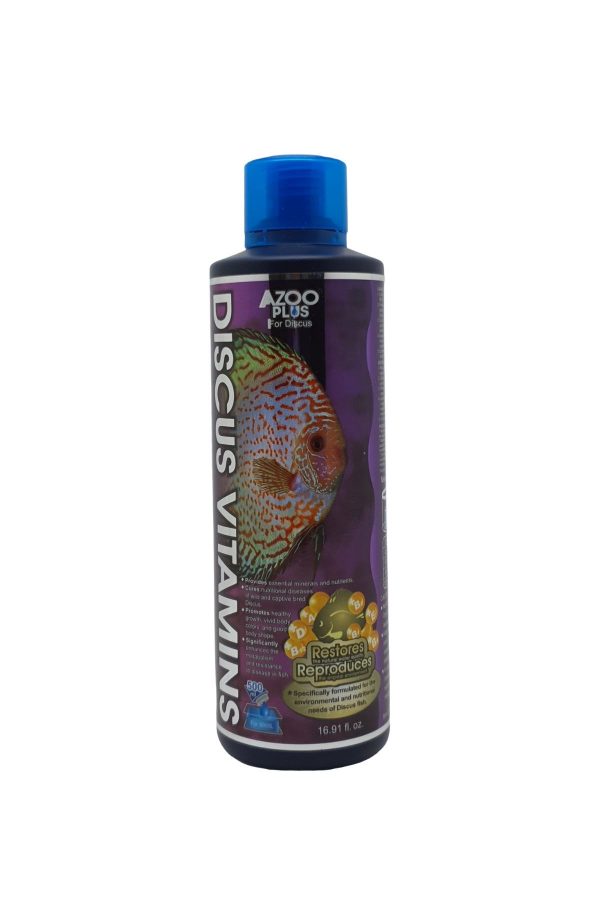 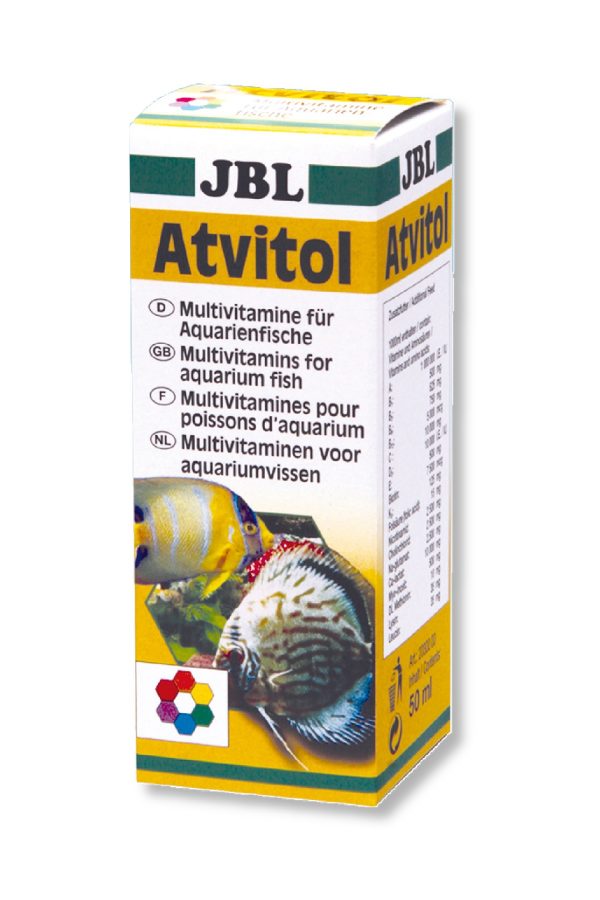 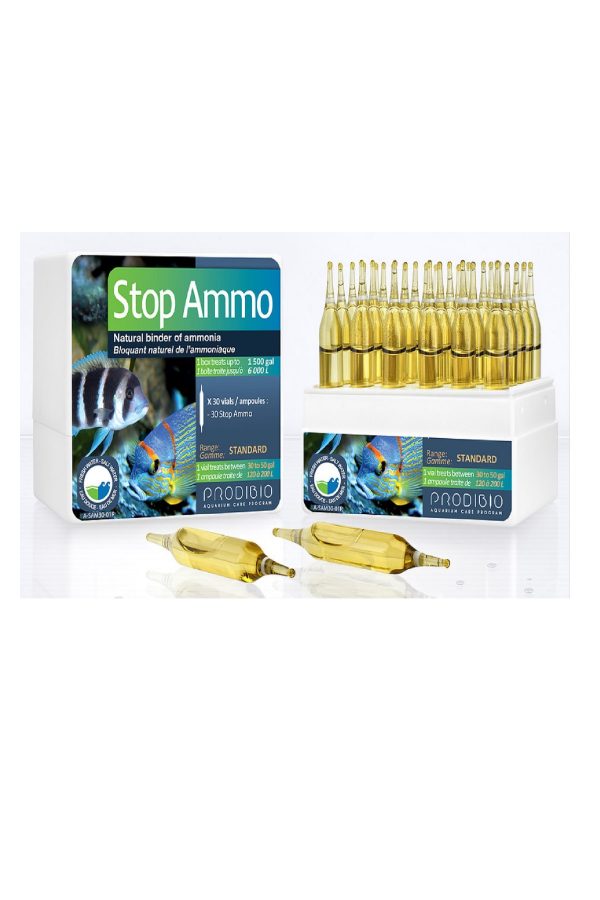 $52.50
Stop Ammo  is effective in freshwater and marine water and is a natural plant extract which neutralizes ammonia and reduces the production of nitrites in aquariums and water used for fish transport. Stop Ammo traps ammonia and reduces the proportion of nitrites when starting up a new aquarium and in water used to transport fish. This prevents the fish from being shocked or killed. Stop Ammo is made from the extracts of specially selected plants. The plants in question have developed a special molecular system with the capacity to trap ammonia nitrogen. Ammonia nitrogen is particularly volatile and toxic and is firstly stored in a non-volatile, non-toxic form, and then synthesized in the form of food, namely proteins and amino acids. The saponins have been removed in order to make the plant extract suitable for use in aquaculture and aquariums (saponins are poisonous for fish gills). WHEN SHOULD YOU USE STOP AMMO?  Stop Ammo can be used in the following cases: • In your aquarium to limit an accidental rise in nitrites, caused, for example, by a dead fish. • In water used to transport fish to reduce the water’s ammonia content by 15- 50%, cutting the risk of fish disease and stress. • When your fish are acclimatizing to reduce or eliminate fish loss and encourage quicker acclimatization.
Add to wishlist
Add to cart
Quick view 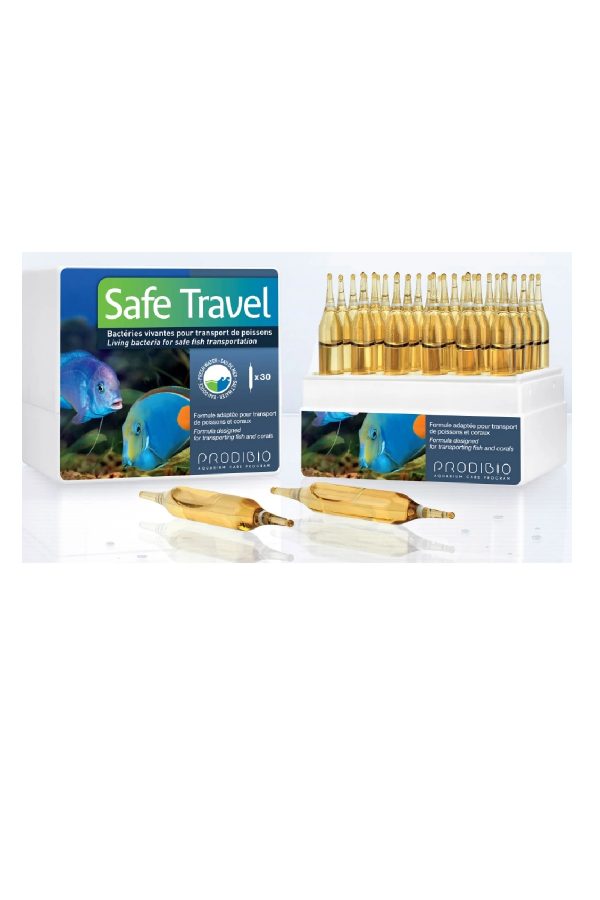 $55.50
Safe Travel  is effective in freshwater and marine water and is a probiotic which reduces fish stress and combats pathogenic bacteria during transport. It is ideal when moving house. The proliferation of pathogenic agents such as Pseudomonas, Aeromonas and Vibrio needs to be controlled and minimised in order to reduce bacterial infections in the water used to transport fish. SAFE TRAVEL is a concentrated suspension of purifying bacteria selected for their capacity to develop in water used to transport fish (oxygenation and temperature, for example) and they do this by feeding on the organic waste produced by the animals. The probiotic effect of Safe Travel prevents the development of pathogens by depriving them of food.
Add to wishlist
Add to cart
Quick view 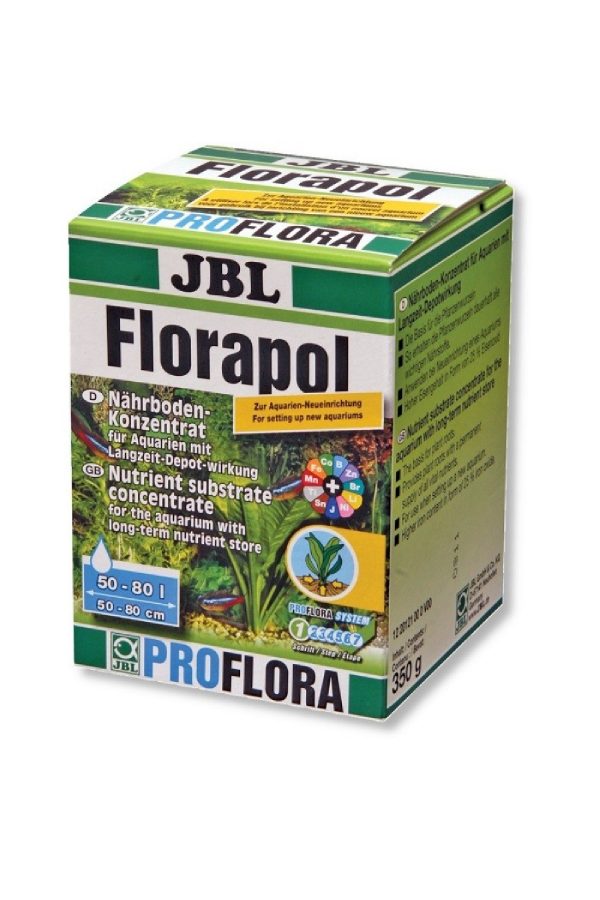 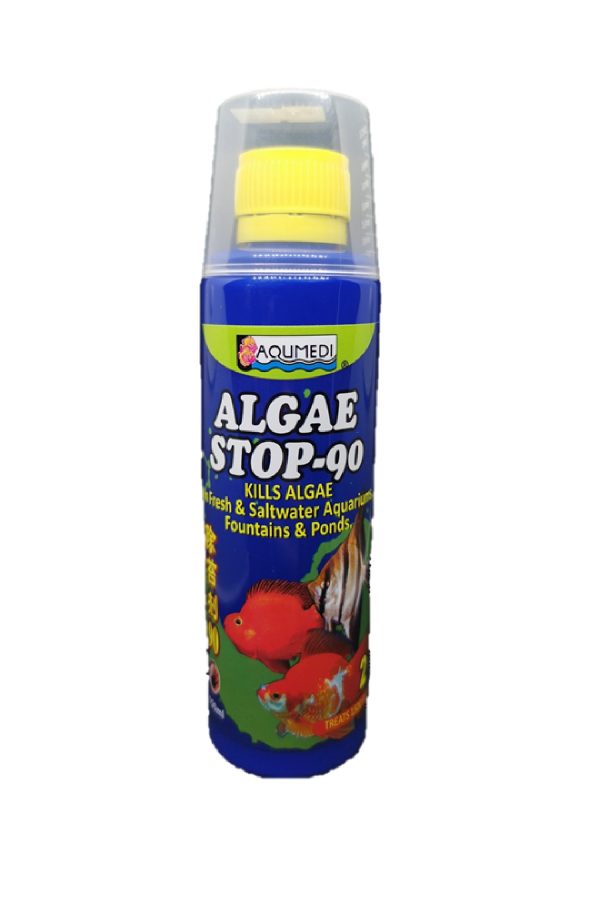 $5.00 – $48.70
Kills algae in fresh & saltwater aquariums, fountains and ponds. Harmless to fish and animal living in the water and does not retard plant growth.
Add to wishlist
Select options
Quick view