View cart “Otocinclus Catfish” has been added to your cart.
Click to enlarge
Previous product 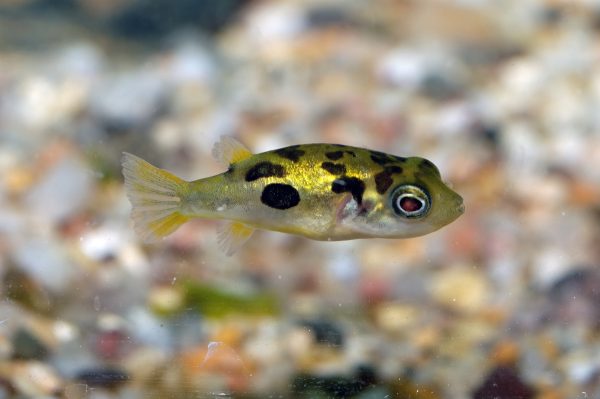 Dwarf Pufferfish $2.00
Back to products
Next product 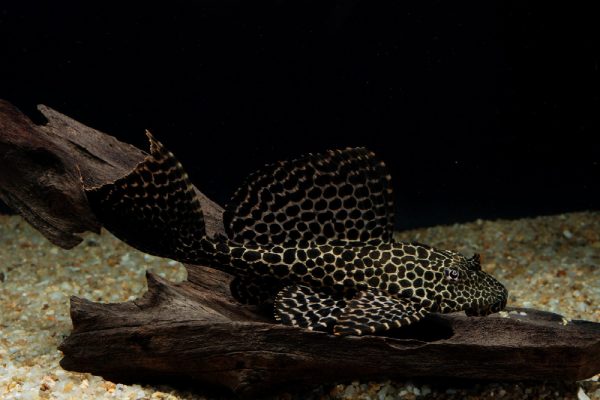 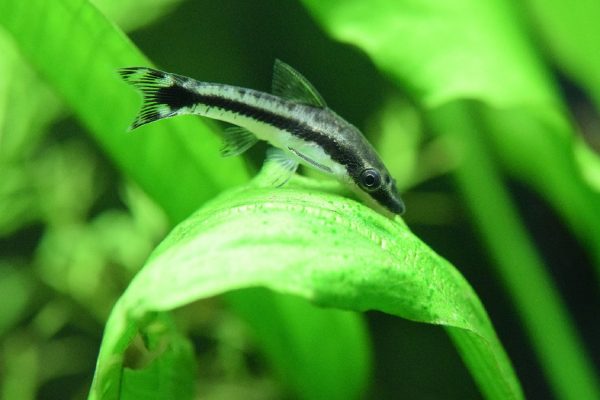 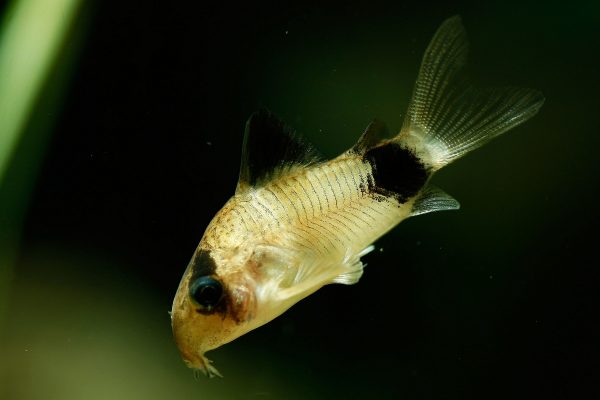 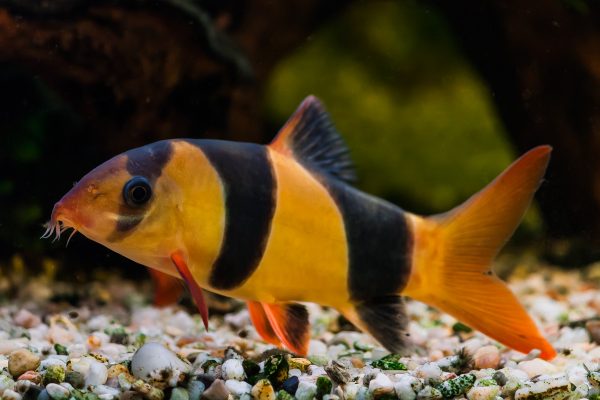 The Clown Loach (Botia macracantha) is a peaceful schooling fish native to the inland waters in Indonesia on the islands of  Sumatra and Borneo.

In their native habitat, the Clown Loach is found in fast moving streams with water temperature ranges between 77 and 86 °F, a pH between 5.0 and 8.0, and water hardness between 5 and 12 dH. For a good portion of the year, monsoons force the Clown Loach into blackwater river areas and murky water conditions encountered when the plains become flooded.

Clown Loaches get their name from their bright colors.  The main body is light to bright orange with three wide black, triangular, vertical bands that gives it it’s unmistakeable appearance.  The front band runs from the top of the head through the eye, the middle band runs between the head and the dorsal fin and wraps around the body, and the rear band wraps around the caudal and anal fins around the body.  Clown Loaches are wide bodied fish that have a large moveable spine set in a groove below each of the fish’s eyes that is used for defense and holding onto rocks in swift currents.

Clown Loaches are shy fish and benefit from having live plants and river rocks in the aquarium to hide amongst. They appreciate having caves, holes, driftwood

and other hiding places strategically positioned around heavy aquarium plantings.

The Clown Loach is one of the “must have” fish for tropical fish keeping enthusiasts. They get along well with most other members of a community tank and have some interesting habits like swimming upside down or on their sides, and laying on their sides and  “playhing dead” on the botttom of the tank.  This is normal behavior for these fish.

Unlike most nocturnal loaches, Clown Loaches are active during the day but need cover, and shy away from bright light.  Because they are schooling fish, they do best in groups of 6 or more individuals and need a large tank with good water movement.  When kept in groups smaller than five, they will spend a lot of time hiding.  Since they grow up to a foot long in their natural environment, a 100 gallon tank or larger is not inappropriate to keep these fish happy. Clown Loaches are susceptible to Ichthyophthirius (ich) or white spot disease when stressed or subjeted to rapid water temperature changes.

Clown Loaches should be fed several small meals throughout the day instead of only once a day.  They are omnivorous and will eat a variety of foods like vegetable flakes, “Pleco tablets”, live, frozen, or freeze-dried worms, brine shrimp, tubifex worms, and banana or other plant matter. Botia macracantha are voracious eaters of those nuisance snails that sometimes sneak into your aquarium on live plants. 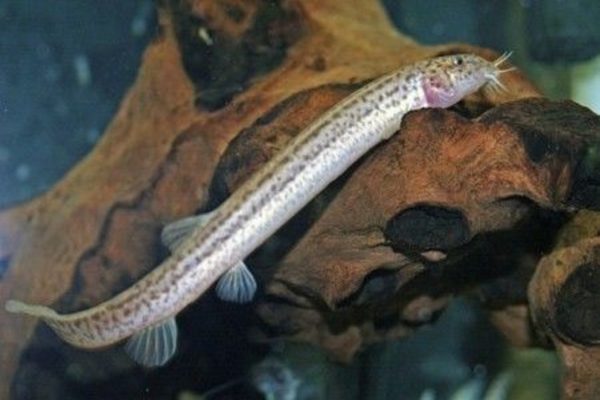 $1.00
Approx. 4" - 5" The Dojo Loach (Misgurnus anguillicaudatus) is also known as the Weather Loach, Oriental weatherfish, Chinese Weatherfish and Pond Loach. These remarkable fish are called Weather Loaches or Weatherfish because of their habit of becoming extremely active when there is a change in the weather, possiblly due to barometric pressure changes. The Dojo Loach has poor eyesight, a smooth elongated body that is absent or covered with reduced scales, and a mouth that is surrounded by barbels that they use for locating food. This loach is available in both its wild form and in a gold variety called the Golden Dojo Loach. The wild form of the Dojo Loach has dark greenish gray to dark brown spots over a yellowish brown, often mottled body and a noticeably paler belly. The Golden Dojo Loachhas a much thinner body and is pink to gold in coloration. Both forms of Dojo Loach are peaceful and very efficient scavengers that make a welcome addition to any community aquarium. They normally will not bother other fish in the aquarium and are one tropical fish species than can be kept with fancy goldfish to help clean the bottom of the tank. Dojo Loaches wiggle about in an eel like fashion scavenging the bottom for leftover bits of food and even munching on snails. Dojo Loaches do well in potted plant aquariums with a soft sand or fine gravel substrate. They enjoy digging and burrowing into the substrate and will eventually uproot unpotted plants. They are most active during the evening hours and like to hide during the day in rocks, caves and around driftwood

. In addition to being very playful, Dojo Loaches have some very unique qualities. They can be trained to take food from your hand and enjoy being touched. Since Dojo Loaches can be jumpers, you should have a tight fitting top on your tank, however, if they do jump out, they can survive out of water for quite some time. They produce a thick mucus coating that keeps their body moist and are able to swallow air by absorbing atmospheric oxygen through their hind gut. The Dojo Loach is primarily carnivorous. They prefer freeze-dried bloodworms 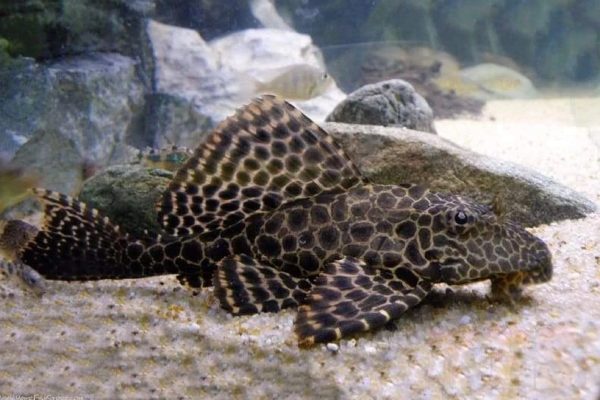 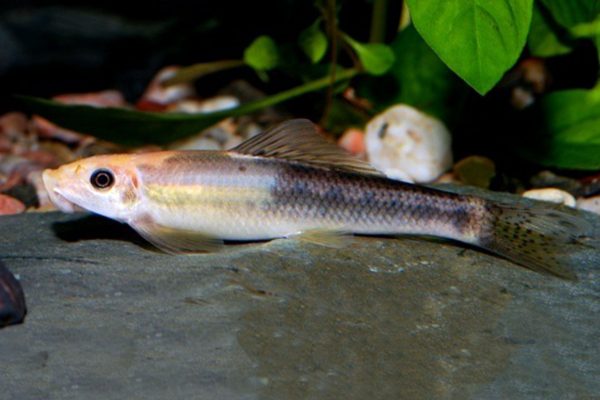 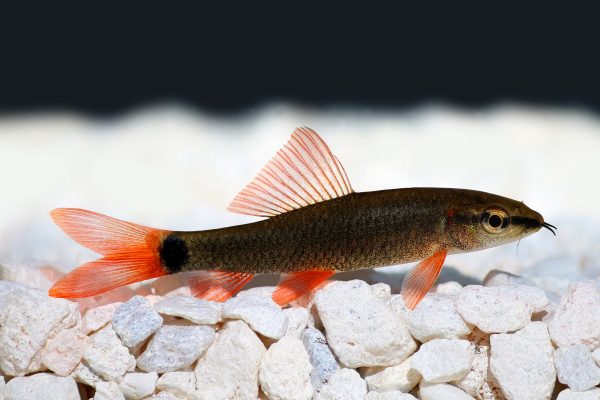 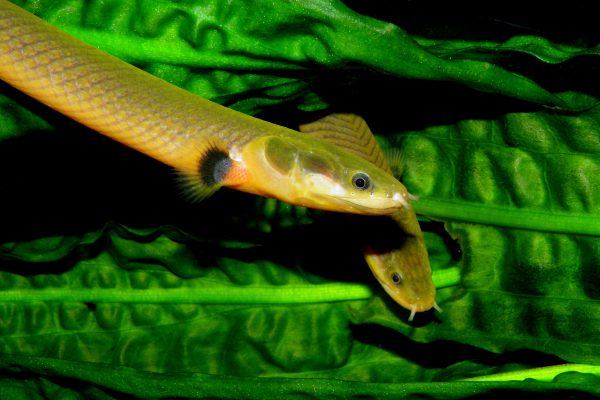